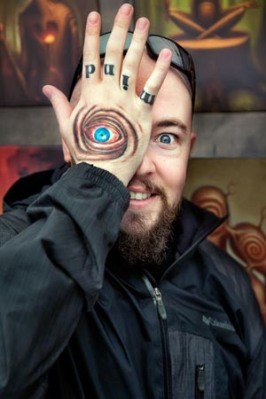 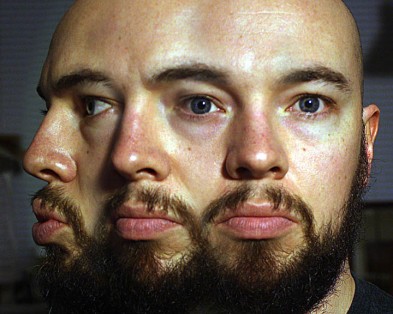 J.R. Slattum is a visual artist living in Woodburn, Oregon, which is just outside of Portland.  He likes living and working there because it offers all sorts of outdoor adventures within a short drive.  He frequents the Oregon Coast to reset as needed, and he states, ” I like to plant my feet in the sand, and watch my mind float away in the clouds”.

J.R. Slattum is a self-taught artist.  His art work is surreal.  It pulls the viewer into a realm of the untouched unconscious.  When I first viewed his work I was left with the feeling of tapping into different levels and dimensions.  His art is inspiring.  It draws you in delivering a fantastic world never before manifested.

J.R. Slattum’s artistic endeavor first began in 2007  after he had a near death experience that change the course of his life.  He decided to use his experience by examining his personal views on life in depth.  The incident was a moment that flipped his perspective and shifted his world upside-down.  He states, “Not only did it remind me of my childhood, but it planted in me a love of ontology, which is the study of the nature of being, and also how the process of creating art can offer a meditative realm to travel to the unknown.  That is the moment when the dream of becoming an artist first grew in me.  At that moment I was immediately an artist, and there would be no more tomfoolery!”.

J.R. Slattum works with the medium of oil-paints.  He loves everything about them including the control, the richness, the history, and even their smell.  He happily states, “It’s nice to build thin layers up and work with the transparency of the paint to create lighting effects”.  He likes the process of weaving efforts in his works of art.  He views this process of creating as his personal meditation tool.  Through his art, he invites his viewers to question every day beliefs on many aspects of life, to find their own answers, and to find their own realities within the strokes of his many works of art. 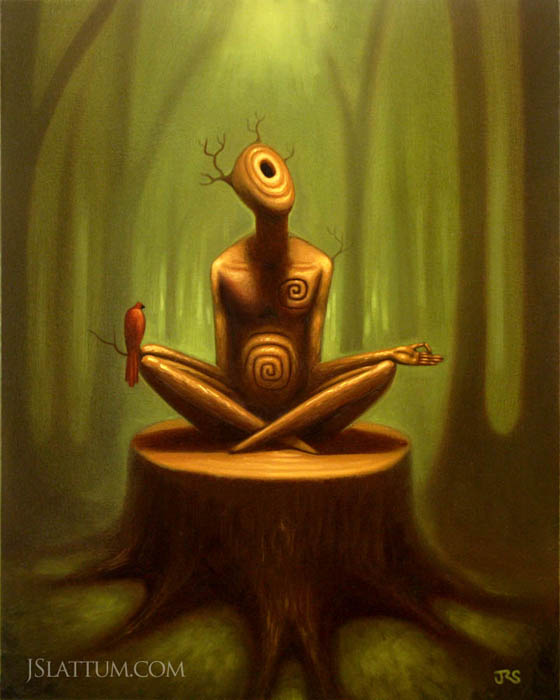 When I asked him if he considers his art serious he replied, “While I take my craft serious, the art is free to get into any mischief”.

J.R. Slattum does not allow himself to get into an artistic slump.  He believes that when this type of thing happens one has to simply try to shake the rust off, show up, do work and the ideas will meet your call.  He believes in the importance of feeding ones mind with experiences outside of the studio.  In his words one must, “Work with a focused mind and play with a sharpened ax towards ones hobbies and adventure.  A happy artist = happy art.  Everything you do is part of your art”.

I asked J.R. Slattum about his process and how each piece evolves.  He explained that every idea shows itself through a simple doodle.  It is an instant idea, one that sort of appears as he is in the middle of sketching.

After sketching, he embraces additional elements with their creative essence and infinite possibilities.  For instance, he experiments with alter egos and sees things from different views.  In addition to his direct participation he likes to observe and judge the many thoughts provoked by creativity.  The process of seeing ideas grow from seeds into beautiful creations excites him.  He says, ” If the idea fascinates me, then I’ll nurture it into a full grown oil painting.  Once an idea finds me, I’ll work on its composition then value-lighting and shading,  and finally color! It’s all about problem-solving”.

The paint process starts with a monochromatic under-painting in burnt umber.  Once that dries, he spends a good day pre-mixing his palette into color with value, and with many layers and strings.  J.R. Slattum applies his chosen colors from dark to light, and keeps shadows transparent and smooth because he feels that lights are progressively thicker and less transparent.  The effect resembles that of a topography map where the shadows of the valley light the peaks of structures.

J.R. Slattum grew up in the Mid Willamette Valley.  It is where he spent most of his life.  He always had good grades in school, and never really got into any serious trouble.  He feels that growing up in a smaller city was ideal.  It gave him the time to work on his creativity, and mischief always presented itself while doodling in the margin of his daily notes during lectures.   Then in 2012, he relocated his studio to the Portland area in order to pursue art as a way of life.

His response to my inquiry of what makes him different from other artists was short and on key, “I’m me, and you’re you; can’t help that”.  In few words he likes to describe his work and himself as, “Inner-space; Psycho-nut!”.

Some of J.R. Slattum’s personal heroes are Alan Watts, Terence McKenna, Bill Hicks, George Carlin, MC Escher, Dr Seuss and the music of TOOL.  J.R. Slattum has a deep respect for people who really embrace who they are and try to create more than what they destroy.  He calls that “Personal integrity”. 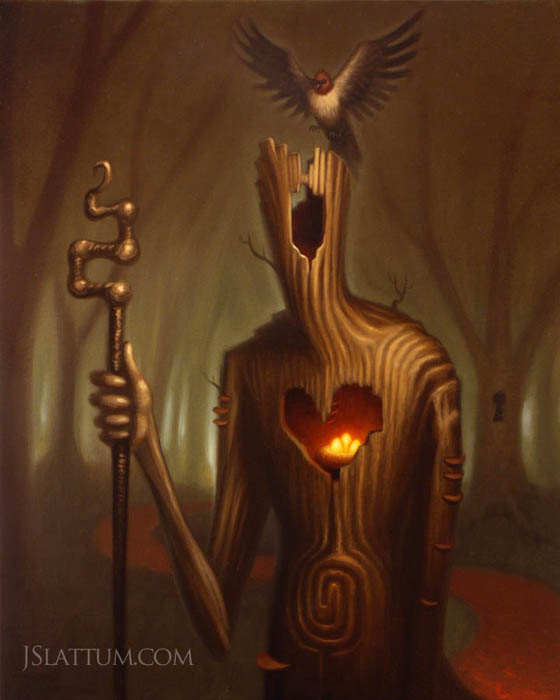 *For more information, or to contact this artist please visit: “The Art of J.R. Slattum” http://www.JRSlattum.com
http://www.Facebook.com/JRSlattum